The King’s (and your Child’s) Speech: Stuttering Explained

It’s only natural that I take the time to write a post about stuttering.  After all, the movie “The King’s Speech” won four Oscars – major ones at that – not too long ago.  It was reassuring to finally have a movie where stuttering was discussed in an open and sensitive manner.  It’s about time.

But the real reason I decided on this topic was because the mother of one of my former clients called me to ask about it.  Her son was a late-talker, but once he started, he really took off.  Before he was even two-and-a-half, we had exited him from our program because he had improved so much.  However, a year later, mom called me to say that he was starting to repeat words and sounds at the beginning of sentences.  She wanted to know if this was normal and what she should do about it.  I have to admit that I had to think for a moment before I responded.    After all, stuttering isn’t something I work with every day, which is surprising, considering it is one of the first speech disorders that comes to a person’s mind.

This child’s situation was actually pretty common for children who start to stutter between ages two and five.  Children go through an explosion of language learning around this time.  To put it simply – some kids’ brains are learning so much about language that their mouths just can’t keep up.  Most kids outgrow it, but not all.

Approximately 1% of the world population stutters.  That may sound small, but that adds up to more than 68 million people worldwide, including over 3 million Americans.  Up to 5% of children demonstrate some stuttering for a phase in early childhood, but approximately three quarters of those kids will “recover” by late childhood.  (Stuttering Facts and Information: the Stuttering Foundation).

Just to give a quick explanation of what stuttering is defined as: stuttering can encompass a number of behaviors.  Primary behaviors may include repeating sounds, syllables, whole words or even phrases; prolonging sounds longer than usual; and blocking of sounds, which is when a person’s mouth goes to form the sound or word but it just doesn’t come out or takes more effort to be said.  When younger kids stutter (between the ages of 2 and 5), these are the main behaviors they demonstrate.  As stuttering progresses, secondary behaviors can also emerge, including adding pauses and hesitations, interjecting additional words and sounds, tension in one’s voice, and even facial movements (such as eye blinking, jaw clenching, and jerking of the head).

There are a number of factors that are currently believed to cause stuttering – and emotional and psychological conditions are not to blame, which is a common misconception.  Genetics seems to play a big role with many people who stutter having at least one other family member who does so as well (up to 60%).  The brains of people who stutter also appear to process language differently, which shows that stuttering definitely has a strong neurological component.  However, stress, social situations, and family dynamics can also play a role in exacerbating the condition.  Parents having high expectations and families who have a hard time slowing down their pace of life when children do start stuttering have a higher probability of the stuttering continuing into adulthood.  That is to say, family pace and expectations do not in any way cause stuttering, but they don’t necessarily help it fade away either.

Speech therapy has a long history of treating stuttering.  It was interesting to see how some of today’s speech therapy techniques aren’t too dissimilar from what the main characters practiced in the movie “The King’s Speech.”  Techniques may differ depending on the client’s age and situation.   There is no pill you can take that can cure stuttering.  There is even mixed research results on whether or not any particular devices can reduce stuttering, but there are a few things that parents can do – no matter what age – that can help support a child who stutters.

1.  Listen to WHAT your child says and not HOW they say it.

Don’t give advice like “slow down” or “take a breath.”  If only it were that easy to decrease stuttering!  Especially younger kids or those with a more mild stutter may not even be aware of the behaviors, so why call attention to them.  With older kids, there may be a point in time where the speech therapist may be working more directly on helping your child identify when they stutter and change it.  Make sure to talk to the SLP before trying any of these techniques yourself.  Often, these strategies may first need to be mastered in a smaller setting with the speech therapist before the child can transfer these skills to conversations with other communication partners and in other situations.

2.  Take the time to listen patiently to your child.

Really listen to your child’s message.  Maintain eye contact.  Don’t look away when they get stuck in a repetition or prolongation.  Try not to tell them to “hurry up.”  Decrease how many questions you ask them.  And certainly don’t finish their sentences for them.  Rushing or placing lots of demands on a person who stutters will often make the stuttering behaviors worse.  Make sure to set time aside each day to let them say what they want.  Maybe during this special time with your kid, your child doesn’t even want to talk much – that’s fine, too.  Make sure to model taking the time to listen to everyone at home, so as to not call too much attention to your child’s stuttering.  After all, listening and not cutting each other off is something we should all do anyway.  It’s just polite.

3.  Talk openly about stuttering when your child is ready.

If your child mentions their stuttering or difficulties talking, talk openly with them about it.  If they express frustration, validate their feelings.  Don’t be the one to put too much focus on your child’s speech until he or she is ready to start talking about it.  Often, talking about stuttering becomes a big part of the speech therapy process.  Kids may become comfortable enough to even do a presentation about stuttering to their class in school.  Your child’s speech therapist and teacher can help start this process, and you can help, too, but make sure to ask your child if this is what they want.  Making sure to let them know they are supported and loved no matter how they talk is the best and most important thing a parent can do in addressing stuttering.

If your child has been stuttering for more than 3-6 months, make sure to take the time to learn more about stuttering.  If stuttering is a condition that has not faded for your child, make sure to get connected to other children and families who are also living with stuttering.  Great organizations with online support and local chapters include the National Stuttering Association and the Stuttering Foundation of America.  Most importantly, talk to your child’s pediatrician or contact a speech-langauge pathologist to find out more about your child’s particular situation. 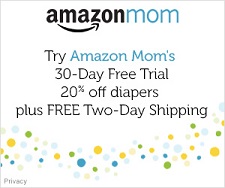